In 2011 Godalming Town Council adopted its first policy for the according of a title of Dignity, which allows the Council the power to confer the title of “Honorary Freeman/Freewoman” of the Town of Godalming to persons of distinction who have demonstrated outstanding service and/or contribution to the wellbeing of the town, or exceptional feats of endeavour or achievement that bring credit to the community.

Nominees for this high honour will be members of the community who have demonstrated extensive and eminent service to the Civic Parish of Godalming and its local community; or who have made a significant contribution to the well-being of its residents such as; the preservation of its historic character or its natural or built environment.  The nominee’s contribution to the Town will be seen to have been a wholly altruistic and a public-spirited desire to contribute to the benefit of the town and its residents.  Exceptionally, a nominee may have achieved outstanding feats of endeavour or achievement which brings national or international credit to the community.

The Honorary Freeman Scheme Policy and criteria can be found here.

In a moving ceremony in the Council Chamber on Thursday 15 March 2019, Zadie Caudle was invited to and graciously accepted the title of Honorary Freewoman of Godalming Town and was honoured for her generosity and services to Godalming, its residents and the natural and built environment.

This honour was bestowed to her by the Mayor of Godalming and Zadie the first woman to be invited to do so by Godalming Town Council in modern times.

Zadie is honoured by the Town in her own right, though her honour encompasses the memory of her beloved husband Peter Caudle. Zadie created the Peter Caudle Memorial Trust which has supported many town initiatives that have or will provide benefit to the community for many years to come. 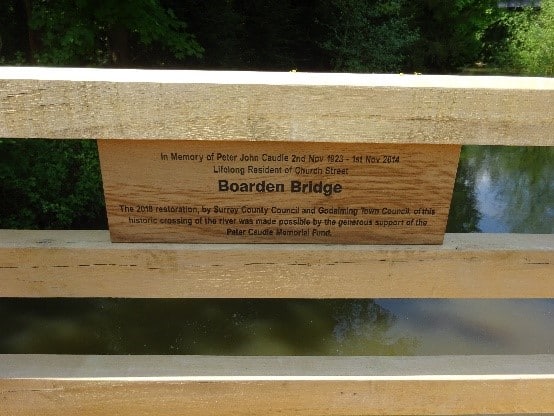 John Young became the first Honorary Freeman of Godalming Town and was honoured for his outstanding contribution to Godalming Community Life on 3 May 2012.

John Young was born in Station Road, Farncombe over eighty years ago but lived nearly all of his life in Victoria Road, Godalming, in the home originally belonging to his grandparents.

John’s first job after leaving school was to drive the van for Godalming Laundry, his feet barely reaching the pedals.  He then started in the building trade and ended a long career project managing commercial building and refurbishment works.

It was John’s love of Godalming, the depth and detail of his knowledge of the history and fabric of the town that was truly staggering.  There wasn’t a drain, not a natural spring trickling under our feet that escaped inclusion in John’s meticulous records. This dedicated, scholarly attention to detail made him an invaluable contributor to the work of Godalming Museum.  He worked as a librarian there on Tuesday afternoons for over twenty years. One volunteer remarked:  “When a visitor arrives with a query it is always with great delight that I tell them to go upstairs to the library, where John will certainly be able to help them, using his considerable knowledge and librarian skills to find the answer.”

John used his knowledge and skills as a professional builder to voluntarily project manage the 1998 and 2008-09 museum refurbishments.  He also created the Lutyens style decorative brick pavement in the Arts and Craft gallery in 1998.

As an active member of the Godalming Trust he did everything he could to ensure that Godalming’s heritage was protected and the environmental schemes appropriate.  John attended Town Council planning meetings for 50 years, missing only a handful over all that time.  He was an enormous help to Waverley Borough Council officers and members on planning matters affecting the town, most recently the hydrology and working history of the Key site.

He was an active member of many local organisations including the Surrey Postcard Club and had an amazing collection of 30,000 postcards and 1000 slides.  He regularly gave highly acclaimed talks to groups and schools.  John was a natural communicator and could hold a class of children in the palm of his hand. He put together a slide show on Jack Phillips and the Titanic in preparation for the centenary of the sinking of the ship in 2012.   It was largely through John’s long-term support that the Jack Phillip’s memorial garden was refurbished.

John was also a gifted photographer and continued to chronicle the life of our town, with a keen understanding of history in the making and the need to pass this on to the next generation.

John made a truly outstanding contribution to our community life. John was a much loved and well-known resident of this town. He was the kindest neighbour, a modest, charming and gentle man who was, for many, simply “Mr Godalming”. 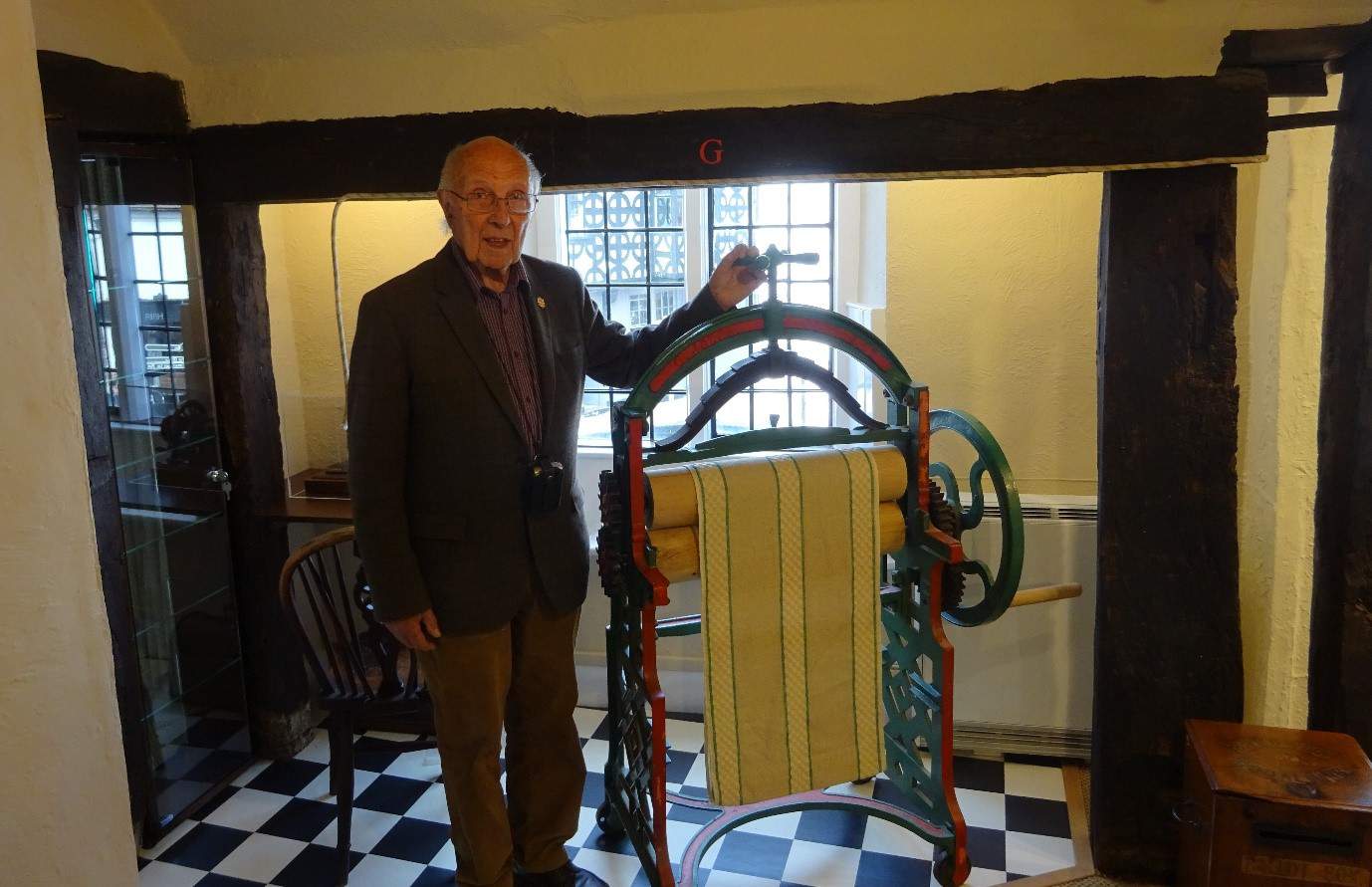