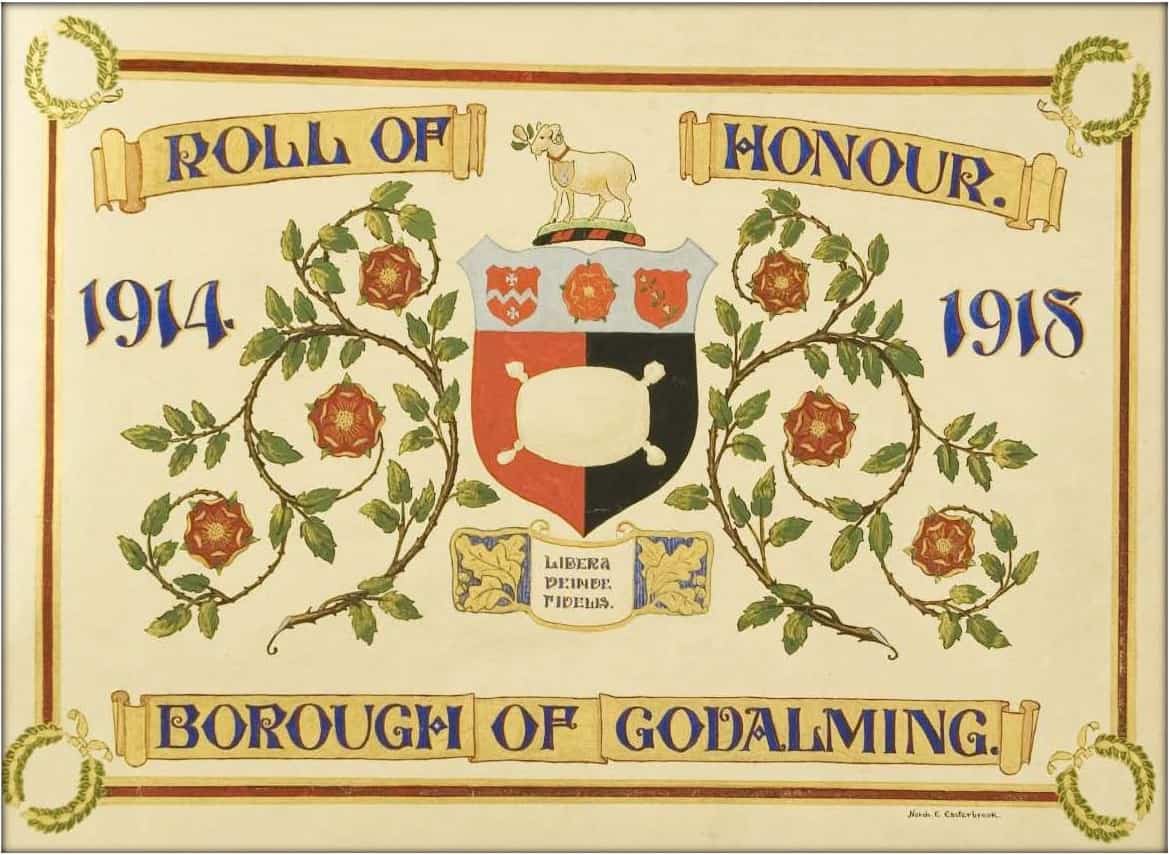 ROLL OF HONOUR OF GODHELMIANS WHO SERVED IN HIS MAJESTY’S FORCES, INCLUDING WOMEN WHO SERVED ABROAD, DURING THE FIRST WORLD WAR

The old Borough of Godalming Roll of Honour recorded the names of those who served in the First World War and was created for Godalming Borough Council in 1919 by Norah Easterbrook who was a student at the Godalming College of Art.  Using the information available at the time, it lists all those Men who served in His Majesty The King’s Armed Forces, including Women who were serving abroad, during the First World War who came from the old Borough of Godalming.

Norah Easterbrook was solely reliant on the information available to her at the time, as part of the First World War Centenary project, an additional 117 men from Godalming were identified as not having been recorded in the original Borough of Godalming 1914 – 1918 Roll of Honour.  As such, Godalming Town Council has produced a Centenary Supplement to the original Roll of Honour that gives details of all 281 men.

The original Roll of Honour is kept in the archive of Godalming Museum.

Godalming Joint Burial Committee are grateful to the Surrey History Centre and Godalming Museum for photographing the individual pages of the Borough of Godalming Roll of Honour from which this facsimile has been produced.

To view the Godalming Roll of Honour and the Supplement, please visit Godalming Museum (109a High Street, Godalming, Surrey, GU7 1AQ) or click on the links below:

WREATH LAYING AND PRAYERS OF REMEMBRANCE

If you would like prayers said at the Parish Church or a wreath laid in memory of an ancestor, loved one or cherished friend, then please contact the Rector of Godalming, who will be happy to assist you. Details regarding the Parish Church can be found here.

Information regarding the Godalming’s ‘Old Comtemptibles’ can be found here. 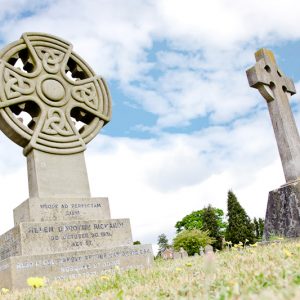 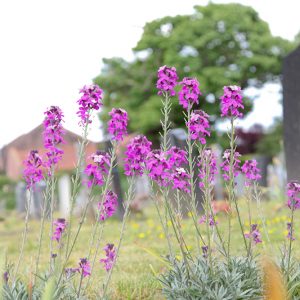 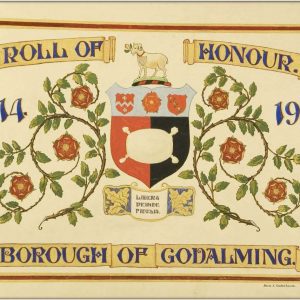 Godalming of Roll of Honour 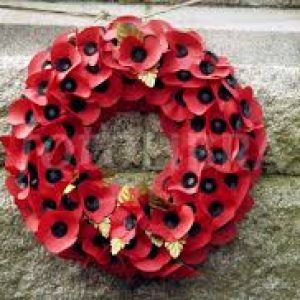