For over a thousand years, the Parish Church of St Peter & St Paul has stood in the heart of Godalming in Church Street. The building belongs to the community who live and work in Godalming. The dramatic spire and craftsmanship seen in the windows along with the carvings and masonry make the church a building both of historic and architectural interest.

Visitors are welcome to soak up the history and sense of continuity from its ancient walls. Through hard work and dedication, this beautiful and historic building has endured for a millennium

Information on how to contact the church can be found here.

The Godalming Parish Church of St Peter & St Paul is the home to one of Godalming’s five memorials to those Godhelmians who lost their lives in the service of their King and Country during the First World War. Displayed above the memorial plaque, which is embossed with the names of the fallen, is the Standard of the Godalming’s ‘Old Contemptibles’.

More details on the Godalming Roll of Honour for those who served in the First World War can be found at Godalming Museum.

THE STANDARD OF GODALMING’S ‘OLD CONTEMPTIBLES’

The ‘Old Contemptibles’ was the self-appointed name of the survivors of the British Expeditionary Force (BEF), which was formed by the members of the British Army up to the First Battle of Ypres on 22 November 1914. In August 1914 the British army was relatively small in comparison with the German and French armies.

It is reputed that the name ‘Old Contemptibles’ came from a remark made by Kaiser Emperor Wilhelm II of Germany, who was famously dismissive of the BEF, when he reportedly issued an order on 19 August 1914 to “exterminate… the treacherous English and walk over General French’s contemptible little army”.  Hence the ‘Old Contemptibles’ were soldiers who served in the British Army prior to General Kitchener’s call to arms on 5 August 1914.

Godalming’s ‘Old Contemptibles’ association ceased in 1966 as the survivors died off and their final act was to lay up the Standard in the Parish Church of St Peter & St Paul, where it has been cared for ever since.

If you discover your ancestors are buried in the ancient Churchyard or in either Nightingale or Eashing Cemeteries, the Rector of Godalming will be happy to give prayer for your relatives, loved ones or cherished friends or to conduct a memorial wreath laying service (donations welcome).

Please contact the church to discuss your wishes, the contact details for the Parish Church can be found here. If you wish to arrange a floral tribute or wreath our local florists will be happy to help you. 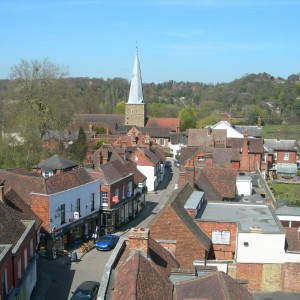 Church Street from the top of The Pepperpot 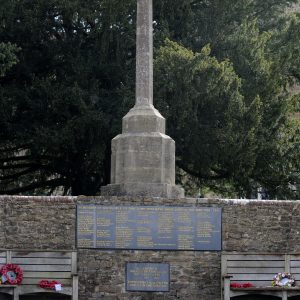 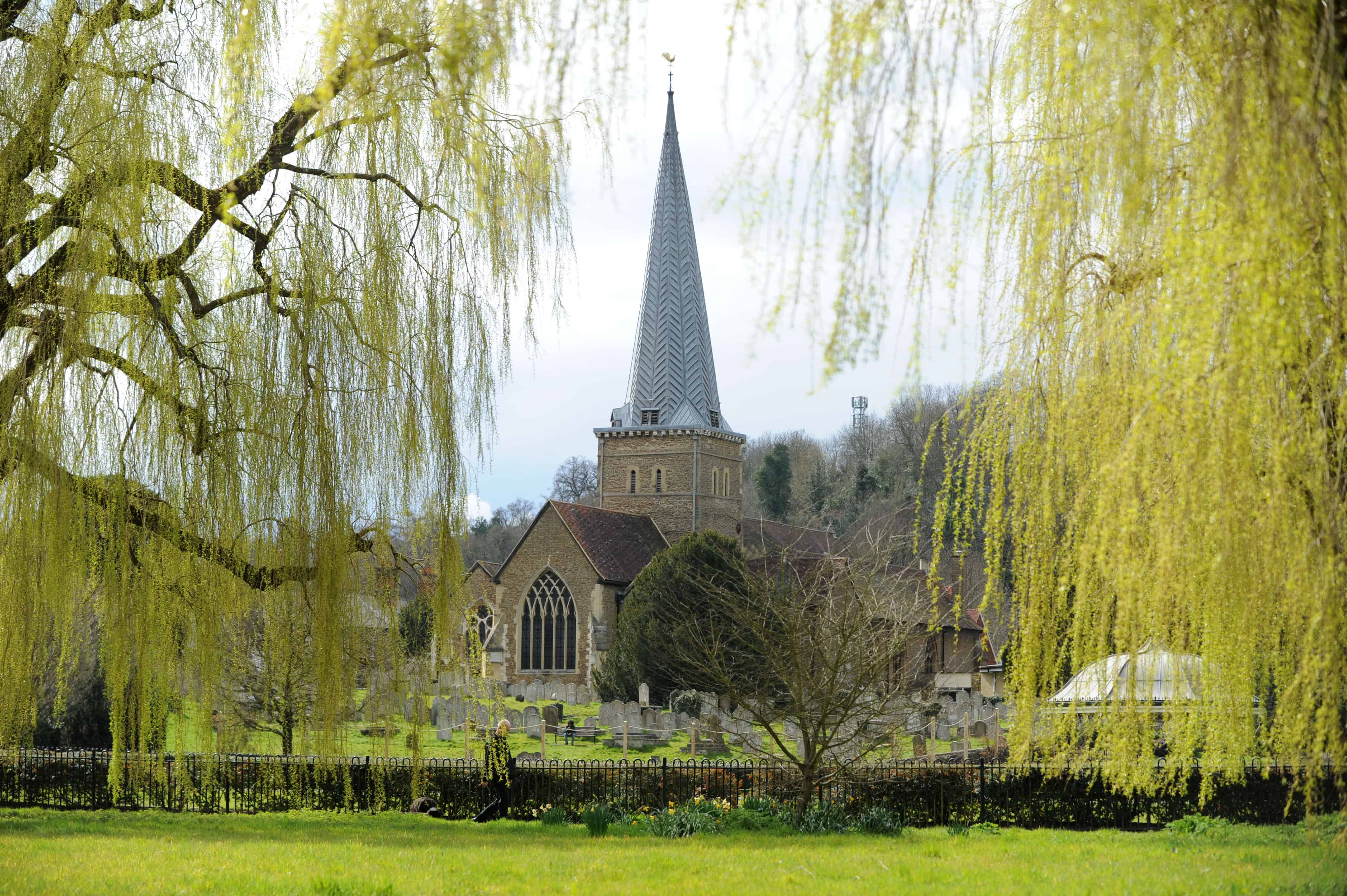