Nightingale Cemetery is open for those visiting a grave, attending a funeral or who wish to enjoy the grounds.  However, no dogs (except service dogs) or any other recreational activities are allowed within the cemetery grounds.

Although between 1957 and 2010 no new grave spaces were available in Nightingale Cemetery, burials still continued in pre-purchased graves.  However, in 2009 the Godalming Joint Burial Committee undertook a programme of works that, by removing an old carriageway, created 70 new grave spaces. Nightingale Cemetery is available to the residents of the civil parishes of Godalming and Busbridge for traditional burials and to any person requiring the burial of created remains (ashes). If you would like to purchase a burial plot or find out more about the availability of burial spaces in Nightingale Cemetery please contact us for further information by calling 01483 523575 or by completing the enquiry form at the bottom of this page.

Before Nightingale Cemetery was opened, the majority of burials in and around Godalming took place in churchyards. Godalming Parish Church, SS Peter & Paul was the main churchyard for the area. However, by the mid 19th century it had become apparent that it was quickly running out of space. The idea of expanding the churchyard, onto what is now the Phillips Memorial Park (which at the time was church land), proved not to be feasible because the high water table meant that graves could not be dug to a sufficient depth.  Therefore, in 1854, a Committee was formed (Godalming Church Vestry Committee – later to become the Godalming Joint Burial Committee) to develop a new burial ground in Godalming.

The result of their efforts was Nightingale Cemetery which opened for burials in 1857. Originally the cemetery was to be larger than it is now but the extension of the railway, from the old station in Farncombe onwards to Portsmouth, in 1859 meant that the cemetery ended up smaller than initially envisioned.

The reduced size of the cemetery along with the growth in Godalming’s population (5,200 in 1855 to 10,500 in 1892) meant that by 1892 less than a fifth of the original grave spaces remained, hence the need to find yet another new cemetery.

A memorial grave to ‘Jack’ Phillips, the Farncombe-born wireless operator who perished with the Titanic, can be seen from the pathway in Deanery Road. The headstone, erected on the family grave, has the outline of an iceberg.

Since 2002 the old chapels and mortuary in Nightingale Cemetery have been operated as a workshop by the Skillway charity to provide vocational training in practical skills such as carpentry, metalwork and craft skills for 14-16 year olds. 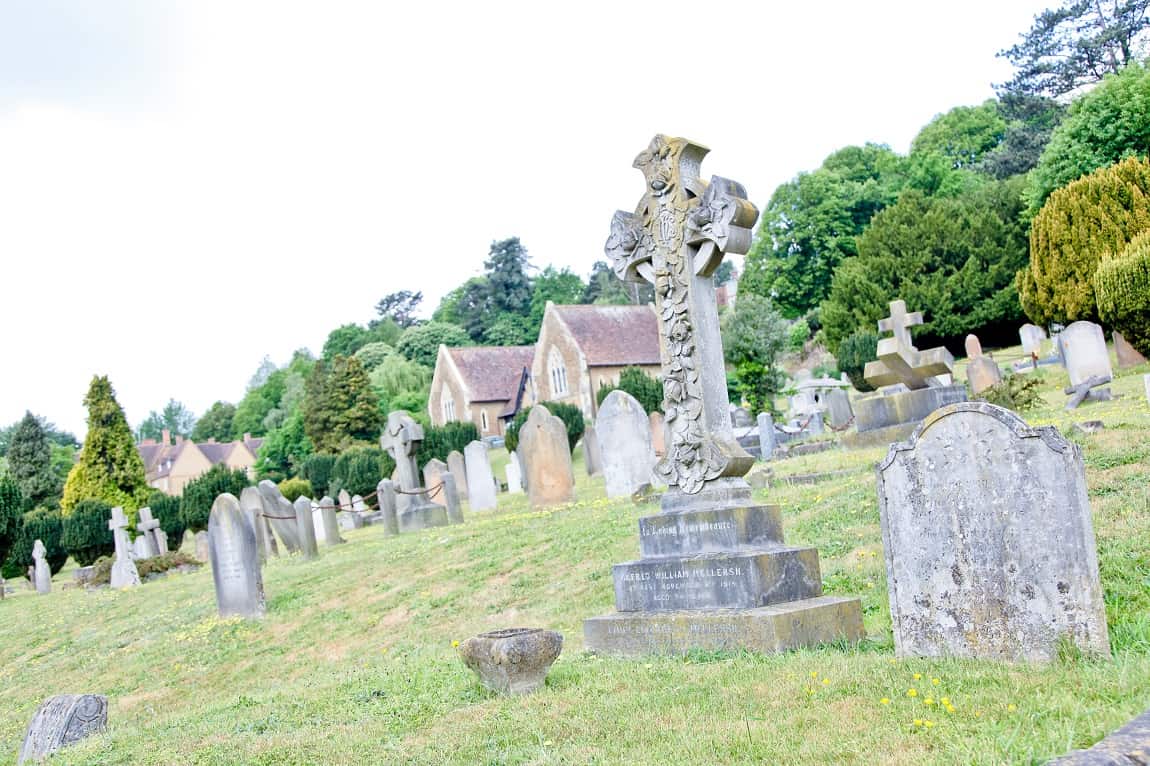 If you require any further information or you are considering buying a burial plot at either of our cemeteries then please contact us using the form below or calling us on 01483 523575 – Thank you.